Andee Hammen appreciates the allure of the traditional college spring break as much as any 21-year-old, with the beaches, parties, and coastal sunsets. But this year, the Iowa State senior traded all that for the smell of a manure-laden feedlot and the company of pregnant cows. As many of her classmates headed south, she drove to her parents' farm in west central Iowa to help with the annual event known as calving season. 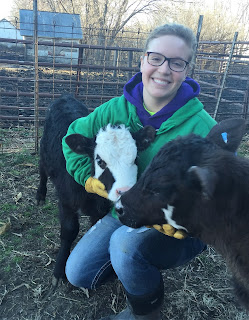 "As I get closer to graduation, the farm and its legacy grow more important," Andee said. Maybe it's in her blood. Andee's father has farmed all his life, and her mother usually comes home from her day job and changes into choring clothes. With 1000 acres of grain and 150 cows, the farm would be called moderate-sized nowadays, but like most operations, the work never stops.

Andee has never been reluctant to get in the mix of it all. She loves seeing the new-born calves prance about on shaky legs, but she knows the harsh realities that come with cattle raising. "Sometimes things don’t work out. I remember some years ago when we helped pull a calf, and things were so bad the vet finally came. The cow and calf both died. It's an awful feeling when you've done all you can, but it just doesn't help."

Most folks would be trying to get away from the hard work and risky business of farming, but Andee knows it will be a big part of her future. "I guess it started early for me. 4-H and FFA were the keys. I enjoyed working with cattle, meeting good people, and performing at shows. I loved those few minutes in the ring when it's up to you and the animal to perform."

Andee switched to showing sheep during her high school years. "They don't deserve the 'stupid' label some people put on them. Lambs have cool personalities, and they're fun to watch."

Andee helps administer social media at the CAST organization, and she will graduate in December with a degree in ag communications. Whether she works with agribusiness or ends up rubbing elbows with cattle and sheep, one thing is for sure: it only takes a minute for Andee to communicate her deeply ingrained love of livestock agriculture. 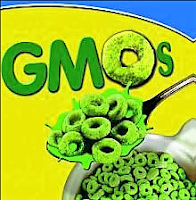 A bill that would preempt state GMO-labeling laws failed last week in the Senate. Unless a compromise emerges in the next few months--or a judge steps in--a national precedent will be established in July when Vermont's labeling law takes effect.

Latest News:  According to a story in AgriPulse, "With lawmakers struggling to agree on national GMO disclosure standards, General Mills Inc. announced that it will start labeling its products for biotech ingredients as required by a Vermont law set to take effect this summer. The General Mills announcement follows a similar decision by Campbell Soup Co in January."


Stakes are high and viewpoints are diverse. These five links might give some insights into the overall situation:
**This article provides a general overview of the labeling controversy.
**This article indicates there is a possible compromise that could work for all interested parties.
**This article claims labels are pointless and expensive.
**This article says the Senate did the right thing by blocking a bill that would hinder transparency.
**This article satirizes surveys, as a recent poll shows that 80% of Americans support "mandatory labels on foods  containing DNA." 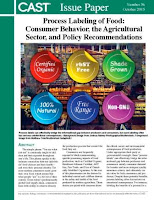 
top photo from boulderweekly.com
Posted by Council for Agricultural Science and Technology at 9:56 AM No comments: Links to this post 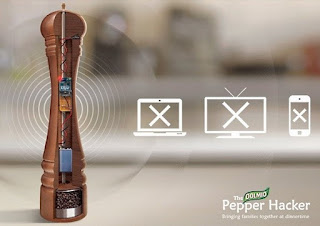 The sanctity of the family dinner table received several tweaks lately. A Taiwan company makes a table with the food heating component in the middle, and the unit will only warm the items if diners place their smartphones in an attached tray. An Australian device is a bit sneakier—a covert switch is hidden inside a pepper grinder, and with a surreptitious toggle, phone reception at the table is blocked.

Even though many think digital devices have ruined the ambience of the family meal, these solutions could cause some indigestion. Imagine that moment when a teen’s Instagram app goes blank. Susie looks up from her screen and says, “Hey, who’s that kid sitting at the end of the table?”

Her mom sets the pepper grinder down and replies, “That’s your eight-year-old brother. Be nice to him—he’s distraught because his Angry Birds game just fizzled on his screen. By the way, his name is Dennis.”

Aside from loud complaints and awkward getting-to-know-you scenes, these blank screens might show us how much things have changed from the days when we supposedly ate as if we were posing for a Norman Rockwell painting. Nowadays in most households, food is faster, schedules are more hectic, and various media outlets are more intrusive. 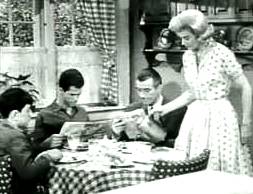 Then again, we need to be careful what we wish for. A recent article, “The History of the Family Dinner in America,” points out that the Leave It to Beaver meal gathering developed over decades and mainly worked for Americans who actually had a table, a “dining room,” and a set time to eat. The expected values included the need to be “agreeable, pious, and unified.” This 50s instructional video provides a disturbing look at how far some stressed the rigidity of the “ideal family setting.” The 60s changed much of that scene, but that's another story.

Nearing 90 years of age, my parents still live on the home farm, and I’m pleased to say several generations still gather around their kitchen table at regular intervals. We talk, laugh, joke, and only use smartphones to settle important disputes. “Ha, I was right. Ray Bolger--not Jack Haley--played the scarecrow on The Wizard of Oz. Ah, if you only had a brain!”

Then again we were never the Cleaver family—even in the late 50s. Dad did not wear a suit and tie to the meal. Most farmers just made sure the straps of their bib overalls were fastened. And if anyone at the table was “wired,” it was Dad. His transistor radio gave him the grain market reports and the essential weather forecasts. "Quiet, they're stating the pork belly prices."

Mom was just as nice as June Cleaver, but I’m sure she was a better cook. That could be because The Beaver's mom apparently spent the day fixing her hair and ironing the dress she would wear to the meal. Mom spent most of her time keeping us three boys in line. We were raised on the Lone Ranger and Looney Tunes, so we seldom hit the “pious” or “agreeable” standards. But we were unified in our quest to have fun, so the family meal might include kicking under the table, Three Stooges quips, and food flicking at a brother when the folks weren’t looking. A normal meal had a spilled glass of milk and somebody’s sleeve in the gravy.

Mom and Dad have turned the family table into a social magnet—a place for kids of all ages to “gather around the feeding trough” and have a good time. But during that era when we boys were doing Spanky and Our Gang impersonations, Mom probably wished smartphones would have been around to keep us calm. That hidden switch in the pepper grinder would have stayed off, and she could power herself down to enjoy the family meal.

by dan gogerty (top pic from firstwefeast.com and bottom pic from lessonbucket.jpg)
Posted by Council for Agricultural Science and Technology at 11:00 AM No comments: Links to this post