Water is no longer a steady drip-drip in the headlines; it has become a surging flow--droughts, health issues, legal struggles, and even wars. Water is a motif in the regular news buzz, let alone in agricultural circles. Three notable items from this week include:


WOTUS and the Courts (Aug. 28, 2015):  A federal judge in North Dakota issued a preliminary injunction stopping the EPA's Clean Water Rule from going into effect in a number of states. Expect more to come on this contentious issue. 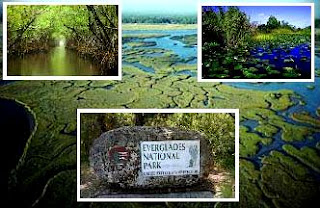 Some Good News:  A 20-year plan to dramatically reduce phosphorus levels of agricultural water entering the Florida Everglades is working--thanks to proper implementation of best management practices by growers, training by the University of Florida's Institute of Food and Agricultural Sciences, and cooperation with state and federal agencies.

Water and War:  The Tigris-Euphrates river basin that feeds Syria and Iraq is rapidly drying up. This vast area already struggles to support at least ten million people affected by conflict. Water issues are making it worse.


When the Dam Bursts (excerpt taken from an earlier blog)

Eight of us are scattered in the creek and along the bank where the water cuts into the cow pasture. We’re moving stones and clumps of sod or pushing large sticks into the shallow water. Breeches in the small dam continue to pop up, but we’re slowing the flow. Our preteen mob of siblings and cousins can accomplish plenty if we call it play and not work. 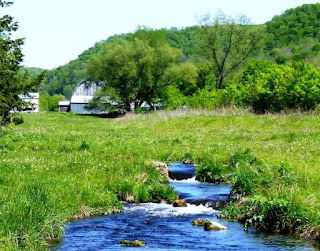 A scraggly cottonwood tree clings to the east bank, and the light breeze jostles the shiny leaves that reflect the afternoon sun. Nothing else is going on in the world—our horizons end where corn rustles in nearby fields and where livestock barns form distant silhouettes in the summer haze. Our parents are light years away in a fog of work and whatever else grown-ups do. We have cool water, bare feet, and warm sand. The small pool grows enough to convince us of our powers.

The younger ones aren’t much help, but they’re into the buzz of it all. They see the water rise, hear us brag about making a swimming hole, and maybe believe us when we talk of constructing a dam like the beavers did a mile or so downstream in the woods.

For a while we ignore the blowflies, and we’re too wet to feel the sun searing into our shoulders. A couple of us dog paddle and scrape our knees in the backwater. Terry, the oldest of the cousins, names it the Grand Coutie Dam.

About the time a rip in the dam opens up, the youngest cousin gets tangled in nettles and a few of us start a mud fight. Eventually a cloudbank casts a long shadow, and the breeze shifts to the northwest. We dog paddlers shiver a bit and pull on our T-shirts.

“Hey, I think Mom’s baking chocolate chip cookies this afternoon,” my brother says. On the walk home, we avoid the bull thistles by following the cattle path in the pasture. The younger ones lag behind, but we turn around often enough to make sure they’re coming. Mom makes us step out of our wet Keds, but she knows the kitchen will soon be marked with mud, cockleburs, and loud boasts about conquering the creek. By the time we’re halfway through our cookies and milk, clear flowing water has opened several large holes in Grand Coutie. Tomorrow, the bend in the creek will look about the way it did earlier this morning when the sun rose over the Farm.

by dan gogerty (bottom pic from rxflyfishing.com)
Posted by Council for Agricultural Science and Technology at 9:52 AM No comments: Links to this post