With so much information (good, bad, and ugly) available, some of us regularly get to the "21st Century Schizoid Man" stage. More might be less when it comes to information about controversial ag issues—but the digital wave keeps coming, so we need to deal with it. Readers should check sources, pull intelligent input from several angles, and follow the science. A dose of common sense doesn’t hurt either.

Plenty of material available about the following three items, and these links just provide a jumping-off point:

Gene Editing--Futuristic Is in the Past: 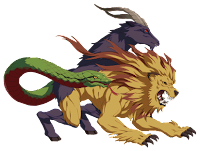 In the 1980s while I was teaching at an international high school in Japan, we needed a mascot for an intramural sports team. We dug deep and found the word “chimera,” a Greek mythological lion creature with a goat’s head arising from its back and a tail that might bite like a snake. Our team didn’t win much, but we had a funky name.

In 1996 I was teaching a futuristic literature course to high school seniors, and Dolly the cloned sheep bounded from Scotland into our discussions of Frankenstein and The Island of Dr. Moreau. Some futuristic literature is ancient—and sensationalized—but now that gene editing has become “crisper,” the medical opportunities have blossomed. Some impressive work has already been done with salmon and “hornless cattle,” but newer ventures are sure to bring on debate and controversy. Some worry that fear and regulation could impede progress. And this article/video comes from the perspective that human organ growth in animals is an important step.

What’s in a Name? 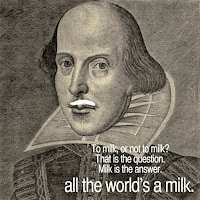 As Shakespeare wrote in Romeo and Juliet, “a rose by any other name would smell as sweet,” and now the courts might have to decide whether or not milk by any other ingredient is still the real thing. Dairy farmers say that milk only comes from animals, while plant-based milk companies argue that foods should be judged on how they are used by consumers. If you have a “got milk" mustache from almond or soybean milk, is it still legit?

The Iowa Supreme Court ruled that the three counties being sued by the Des Moines Water Works are immune from damage claims. The Des Moines Water Works alleged that farmers were making illegal discharges of pollutants into the Raccoon River, the city’s primary source of drinking water. The county defendants said the drainage districts have been statutorily immune from lawsuits for more than a century.

by dan gogerty (pic from eonline.com; song reference in opening line from King Crimson)
Posted by Council for Agricultural Science and Technology at 10:36 AM No comments: Links to this post


Picture this—it’s 1935 and a sun-weathered farmer in bib overalls looks you in the eye and says, “High bred, my foot! I ain’t payin’ $5 for a bag of seed corn when I can use what I collected from last year’s crop.” Within five years, most farmers were planting hybrid seed corn, but scientists and ag companies needed to use multiple techniques to convince the doubters. 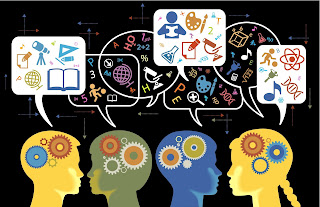 Today’s scientists are trying to assure a skeptical public that innovation can help feed a hungry world. Many think the standard “deficit model” is ineffective—throwing large amounts of info against the wall to see what sticks. As Tim Lundeen stated in a recent Feedstuffs article, people need more than facts. Personal situations are involved, and effective communication has become complex.

Lundeen suggests a 4-step model: the content, the communicator, the audience, and the communication channel. In some ways, this is what CAST is striving for in its various communication modes, from issue papers to press releases to daily tweets. Consider this example:

2.  Winners of the annual Borlaug CAST Communication Award—and many others—regularly communicate about research and innovation (communicators).

3.  These scientists and noted experts communicate to the public, stakeholders, policymakers, and students (audience).

4.  They use research papers, videos, blogs, social media, presentations, and other methods to convey their information (communication channels). 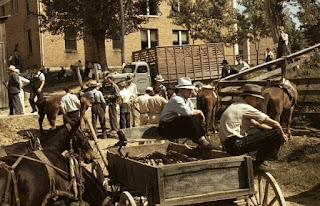 Come to think of it, maybe things weren’t so different in the 1930s. The content was more abstract at first—basically a guarantee that the farmer would get higher yields.  Iowa State University researchers and companies like Wallace, Pioneer, and Garst made it all concrete by producing the seeds.

Sales crews were the original communicators, but in some ways, the audience (farmers) also became communicators. They might hear about the product on radio or read results in the newspaper, but it was face-to-face talk that held the most sway. Social media in the 1930s revolved around chat sessions at sale barns, feed stores, and church socials. The hardware store owner tells Henry that the Johnson brothers pulled in 55 bushels to the acre with hybrid corn, and he’s no longer bragging about the 33 bushel average he got with regular corn.

Seed companies used test plots and ads in implement magazines, but the real communication came from the “peer review” farmers did among themselves. Nobody wanted to miss out on a product that was safe and cost effective. That 1935 farmer might bust a strap on his bib overalls if he heard the price a bag of seed corn is now fetching, but in all likelihood, his great-grandson is now using apps and applying the latest precision techniques to make his biotech grain produce big results. Let’s just hope that he still has time to do some “face-to-face social media” in an ag world where complex communication is the norm.

by dan gogerty (top pic from blogs.nature.com and bottom pic from onlyinyourstate.com)
Posted by Council for Agricultural Science and Technology at 7:24 AM No comments: Links to this post